In the early 2000’s, “The Sopranos” and “Six Feet Under” held our interest with their inventive characters and plot development.  Public Broadcasting Service (PBS) was a go-to source for quality content and presentation. Then somehow reality shows infiltrated the channels causing me to tune out, turn off, and shake my head in dismay. Thereafter, the TV was used mainly as a screen for DVD (and VHS!) viewings.

Following the Montecito fires and mudslides, I donated or sold most everything before leaving the country, including the television. When traveling abroad, days were filled with explorations — evenings with writing, dining, sometimes music, and research on where next to wander. If I did turn on a set in Belgium, Germany, Switzerland, Italy, or France, broadcasts were in many languages, none of which I could understand. Except the BBC (British Broadcasting Corporation) station, but they offered  predominantly news (bad). As far as a tool to practice the language, I learn better from a live exchange with a fellow human.

I’ve been back for a few months now, and have no intention of making a television purchase. You’d think that after having lived with one since childhood, its absence would have created a void. Au contraire! The apartment feels less intrusive without an oversized contraption making and taking up negative space. If I want to check out a movie or a documentary, there’s the laptop. For years, any viewing only occurred before bedtime; now I use that time to write, read, listen to music, paint, or enjoy a ‘happy hour’ conversation with family and friends! And look at the savings on that monthly communications bill! No more posturing like a zombie fixedly staring at blue light; I am unburdened by toxic opinions, incessant blather, and disguised agendas. Only six conglomerates own the major media outlets, “The Big Six” they’re called, General Electric being one of them. They control what we see, hear, and read every day, what they want us to believe is real — a non-pharmaceutical opiate for the masses.

I’ll create my own reality.

Hallelujah! To be free. 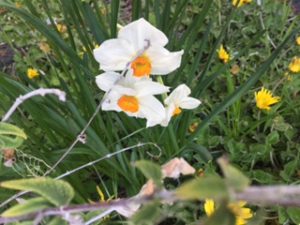 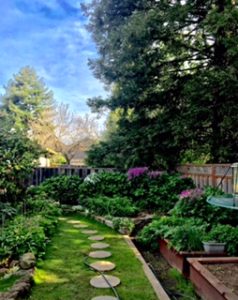 “Turn off the news and build a garden.” — Lukas Nelson and Promise of the Real

“Today’s news is yesterday’s news, you don’t remember you forget that’s the way the stories all go.” – The Psychedelic Furs